Why the in-crowd are wearing

Britains Daily Mail has the dirt on the clothing industry, tauting it as one of the worst offenders in terms of environmental damage.

According to the UN, enough cotton for one jeans requires 10,850 litres of water and an unhealthy dose of some of the world's most hazardous pesticides and carcinogenic chemicals.

Cotton cultivation accounts for 24 per cent of global insecticide use and is suspected to contribute to one million cases of poisoning and as many as 20,000 deaths a year. The end result is just as bad, as in Britain alone, 500,000 tons of unwanted clothing end up in landfill sites each year.

As awareness increases so does the demand for organic and fair trade fashion. It doesn't hurt that stylish A-listers such as Jade Jagger, Gwyneth Paltrow and Naomi Campbell have all been seen wearing the latest ethical labels - Ciel and People Tree are favourites. Meanwhile Bono's wife Ali Hewson has launched Edun, the socially conscious designer clothing line now stocked by Selfridges, Harvey Nichols and Harrods. Helena Christensen is a fan and Cameron Diaz particularly loves the jeans.

And they are not alone. New designer fabrics like ecoKashmere bamboo by Jonäno offer cashmere fans an organically grown, no dry cleaning needed option.

"People want clothes that they can feel good about, as well as feel good in," says Ali. "When I buy clothes for my children, I don't want them to have been made by other people's children. And I don't want to be wearing clothes that were made from someone else's despair.

Check out more on this article: Why the in-croud are wearing eco chic, The Daily Mail

Daffodil Days All Year Round

Doing your part for charity has never been more fashionable or eco chic. Jonäno has introduced a unique opportunity to add a designer touch to your wardrobe while supporting a really fantastic cause. Their mission: to create “A World without Cancer.”

The jonano.com debut of the Daffodil Line was inspired by the American Cancer Society’s Daffodil Days® and designed by artist Bonnie Siefers. The result is limited edition collection of uplifting daffodil tees screenprinted on 100% certified organic cotton.

Wear your daffodil tee to honor someone special, or give one as a gift to brighten the day of someone touched by the disease – all while helping to make the jonäno mission possible.

One of the first flowers to bloom in the spring, the daffodil is a symbol of hope. Each year during Daffodil Days, fresh daffodils are available to purchase from The American Cancer Society in memory of a loved one, to celebrate a cancer survivor, and to promote the hope of a cancer-free future.

Now you can show your support year round!

These limited edition tees are available in black and wet sand organic cotton. The price is just as nice, with each tee going for just $29.95; $10 of which goes to the cancer charity of your choice. That's 35% of the total sale!

By purchasing one of these organic cotton tees, not only will you be supporting a fantastic cause, but you will also be looking good and feeling positively uplifted. They are available for a limited time only at jonano.com. 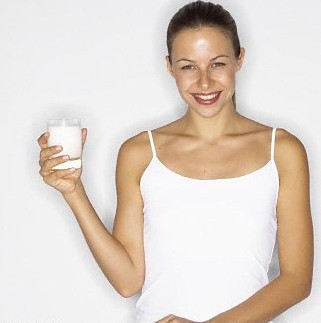 The natural antibacterial properties of bamboo fabric come from an inherent quality of bamboo commonly called “bamboo kun.” Bamboo cultivation does not require the use of pesticides, making it a natural choice for organic farming techniques.It is rarely attacked by pests or infected by pathogen.

The same natural substance that protects bamboo growing in the field functions in ecoKashmere™, killing germs that cause odor.

Its benefits go even further as easy-care ecoKashmere™ does not need chemical dry cleaning. Healthier for you and the environment, pesticide and chemical-free bamboo fabrics by jonano.com are the new earth’s cashmere.

Wow! via Treehugger, a spotlight on some very feminine, very classy lingerie from the designers at Enamore.

Now available at The Natural Store is a collection of vintage-inspired lingerie made exclusively from environmentally-friendly textiles. Unfortunately you have to make "special arrangements" to deliver outside the UK, and a 3-week wait applies to each handmade piece...but here's hope that the trend catches on. This stuff is way cuter than what I've seen in Victoria's Secret lately, too--no cheesy rhinestone appliques here. Phew.

Check out the Treehugger article for more info.
Posted by Caitlin No comments: Links to this post

Discovered via Now Smell This, one of my favorite new blogs: Ajne, a California-based perfumerie, which uses only organic and natural scents.

Inexpensive aroma-chemicals were first developed in the late 19th century. Due to their inexpensive and easily reproducible nature, they eventually replaced naturals altogether. These synthetic fragrance chemicals are chemical compounds developed from petroleum derived materials that are chemically manipulated to mimic the smells of plants. Yet even today, science remains unable to replicate the sophisticated fragrance and therapeutic properties of true rare and precious materials.

The interesting thing about Ajne, besides ridding themselves of petroleum waste, is their method of both creating signature Pret-A-Porter scents and also developing Couture perfumes, personalized for each customer's preferences and skin type.
Posted by Caitlin No comments: Links to this post

Lucy Siegle of the Observer wrote a brief but illuminating article about the increasing popularity of organic textiles back in February.

Fur is also less polluting than fake fur (although this argument presupposes that we're all desperate to wear any kind of fur, fake or otherwise). However, 85 per cent of fur products come from farmed animals and although, according to America's Fur Commission, it takes one gallon of oil to make three fake-fur jackets, the amount of energy needed to make a real fur coat from these farmed animals is 66 times greater than that needed for a fake fur coat.

Do a search from the Observer website for Lucy and you will find similarly interesting articles, from topics ranging from the eco-friendliness of your barbeque to how to make an ecologically sound wedding registry.
Posted by Caitlin 1 comment: Links to this post

A canoe skirt via we make money not art! Designed by Yael Mer at the Royal College of Art.

More umbrella couture: How to make an umbrella skirt with Tiffany Tomato, via treehugger. Her portfolio is full of fun, youthful designs.
Posted by Caitlin No comments: Links to this post