Kate and William, move over! London may be where you are setting up for your royal wedding, but London has taken on a whole new responsibility come this fall.
During a successful weekend at “Moda Manhattan” in New York City, Jonäno debuted a sample of what is to come for their fall 2011 collection, respectively titled London. 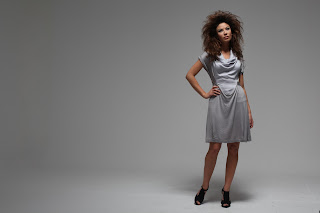 As is every line, the name of the line comes from some social reference that designer, Bonnie Siefers, deems appropriate for that moment. What better to call a line than arguably the most talked about city this year?
Even a few of the items are named after popular references including a trouser named “Amelia” after Amelia Earhart, because of its aviator style design. The soon-to-be princess even is the namesake for an organic cotton velvet and veggie tanned leather skirt, symbolizing the one that Kate wore when she met her prince. 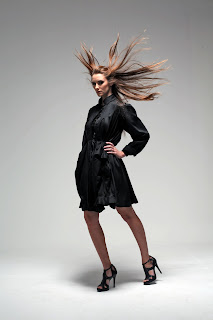 The line takes what they are known for, organic and eco-friendly material including organic wool blends, veggie tanned leather, and more, and elevates it to high extremes by incorporating bold prints, daring cuts, and a flare of vintage appeal. 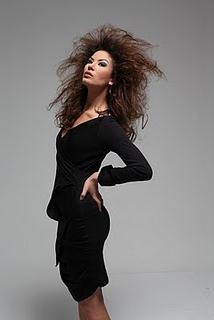 The color pallet varies, with a lot of soft blacks and glacier grays and a few pieces available in amethyst purple and indigo blue to add a pop.
There are some early favorites that stand out, most which are made from chenille lace. This alternative to regular lace has a softer feel, guaranteed to combat the roughness that lace can leave on the skin. One of the many more risqué pieces is a body suit made from the material, which is guaranteed to turn heads. 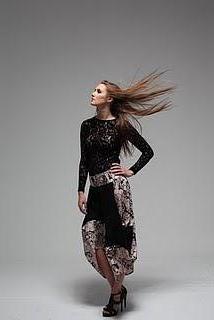 It seems as if the material, wild peace silk, is the standout in the line. Pants, skirts, tops and dresses all have a few that are designed from the silk which is naturally derived as opposed to commercial silk.
For any eco-friendly lover, the collection will not disappoint. I believe it to be a collection that represents a new turn for Jonäno, one that will attract new clients and please the existing ones.
Posted by KayTeeV No comments: Links to this post

Trends in the fashion world come and go. What is hot one day may be a fashion faux pas the very next. However, the latest fashion trend is not a daring color that every designer is incorporating in their line, or a new style of handbag, but instead designers are taking risks and joining part in what is being called the “femiman” trend.
For the past three seasons, designers have been abandoning the idea of males and females staying within their particular gender roles and have begun to incorporate models that fit more of an androgynous style and model in both male and female garments.
Probably the most popular, Lea T. graced the Fall/Winter 2010 ad campaign for Givenchy, lighting the fashion world a buzz. I recall hearing about Riccardo Tisci’s latest muse and seeing the images on various news programs and magazines, questioning if this was the future for fashion.
Lea T.

A year later, I would have to say…yes! Fashion is more than just clothing or self-expression; it is a way of life. And as we all know, in the world of fashion, life imitates art. Within in the fashion world, there has always been a very progressive state of mind and whether it took time or not, the rest of the world eventually caught up.
Earlier this year, a young Serbian boy by the name of Andrej Pejic, strutted the runway at Jean-Paul Gaultier’s spring 2011 couture show, closing it dressed in a gorgeous wedding gown. Since then, Pejic has been named as the face of Marc Jacob’s spring 2011 campaign and has gone on to also walk in Gaultier’s men’s line for Paris Fashion week.
Andrej Pejic Designers and model’s alike seem to be embracing the idea of this fluidity within the relationship between gender and fashion and it now poses the question of how long until this idea walks right off of the runway and into everyday life. I suppose only time will tell if this unconventional style will soon become the norm for designers, and even more so for the fashion-goers all around, both male and female.
Posted by KayTeeV No comments: Links to this post